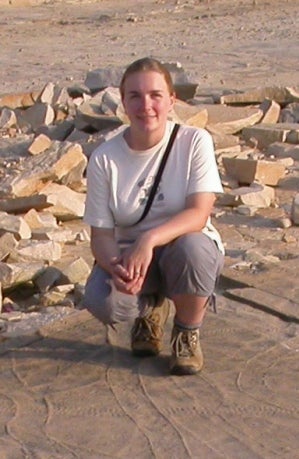 B.A. The College of Wooster
M.S. and Ph.D. University of Southern California

Katherine is interested in the early behavioral diversification of benthic metazoans and the interplay between adaptive behavioral change and substrate change through time. Of particular interest to her are fossil and recent instances of "ecosystem engineering," in which organisms' activities have a transformative effect on ecosystem dynamics. The focus of her PhD research was on an early instance of ecosystem engineering, the expansion of bioturbation in the Cambrian Period, which coincided with the emergence and diversification of numerous metazoan groups and initiated a fundamental change in substrate conditions. Katherine conducted an integrated qualitative and quantitative investigation of the Early Cambrian transition from surficial to infaunal bioturbation as it is recorded in siliciclastic Lower Cambrian strata of the Death Valley region, California and Nevada. She also analyzed the distribution of trace fossils across laterally-extensive Upper Cambrian bedding plane exposures in Wisconsin to assess the potential for heterogeneity on ancient tidal flats.

Katherine is currently exploring the influence of substrate change on the Ordovician radiation. It has been suggested that the increased availability of hard substrates in the Cambrian-Ordovician transition likely facilitated the diversification of the Paleozoic Fauna, particularly those groups adapted to hard-substrate attachment (e.g. Guensburg and Sprinkle, 1992; Li and Droser, 1999). For example, Sprinkle and Guensburg (1995) argued that the widespread availability of hard substrates in nearshore settings was largely responsible for the initial diversification of attaching echinoderms in the Early Ordovician. No study has yet explored the range of possible connections between substrate change and metazoan radiation during the Ordovician. She will test the hypothesis that, between the Late Cambrian and Middle Ordovician, the proliferation of hard substrates facilitated the diversification not only of echinoderms but of a wide variety of hard-substrate-attaching organisms and made it possible for these groups to expand into new habitats. Katherine's field areas will include the well-studied and nearly-complete Ordovician successions in Nevada, Utah, and California. 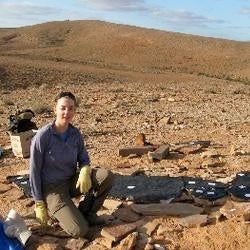 Erica is a current Master's student, planning to graduate in June 2009. Erica accompanied Mary to Australia last summer to study the Ediacara biota. For her Master's thesis, she will be describing a new animal found on bed soles in the Ediacara Member of the Rawnsley Quartzite. Although work has been done on the Ediacaran for 60 years, many fossils remain undescribed. Poorly preserved textured organic surfaces (TOS) have been largely overlooked, although such structures make up the majority of the biomass in South Australia. Each bed in the Ediacara Member has a slightly different taphonomic history and these influences must be isolated from the nature of the TOS themselves. Combining this information with careful study of well-preserved specimens, these animals can be characterized and described. This will add much to our understanding of the Ediacaran, one of Earth's earliest ecosystems. 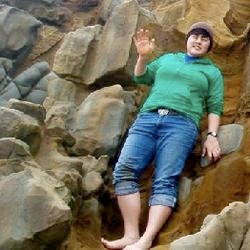 Robyn is currently working on bivalves of the Ordovician Radiation.

Bivalves made their earliest appearance on Laurentia (now the Great Basin region of the western US) in the Middle Ordovician but remained fairly rare throughout the Paleozoic. Robyn is interested in figuring out what bivalves were doing during the Ordovician and why it took them 200 million years to become one of the most dominant marine classes. She is also interested in modern and ancient cold seep ecosystems and has worked on the taphonomy of bivalves from seeps in the Gulf of Mexico. 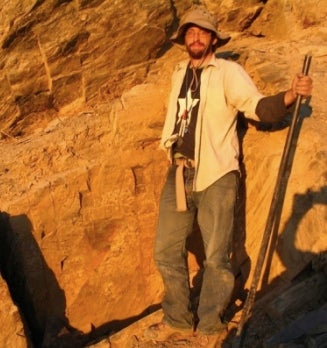 Daniel's research focuses on Burgess Shale-type preservation within the Middle Cambrian Spence Shale of Utah.  Burgess shale-type preservation, or the preservation of the soft tissue of organisms as carbonaceous compressions in marine sediments, is largely temporally constrained to the Cambrian and is thought to have required anoxia to inhibit the decomposition and degradation of organic remains.  However, oxygen was clearly present during much of the deposition of the Spence as evidenced by an established skeletonizing benthic fauna as well as abundant trace fossils.  His research takes a micro-stratigraphic approach by examining the occurrence of trace fossils and body fossils (including soft-bodied fossils) at a sub-millimeter scale to test whether a preservational model (Gaines et al. 2005), involving fluctuating oxygen levels and developed from data from the Wheeler Shale, is consistent with collected data from the Spence Shale. 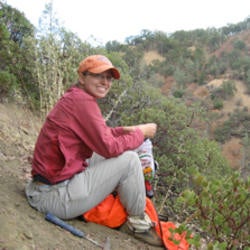 During the Late Mesozoic, the western North American continental margin consisted of an eastward migrating volcanic arc, a westward migrating subduction complex, and a forearc basin in which hydrocarbons were active.  Today, these forearc sediments, known as the Great Valley Group (GVG) forearc strata, have an uncommonly high concentration and temporal distribution of petroliferous and fossiliferous hydrocarbon seep outcrops, distributed over 700 km and 70 my of subduction history.

The GVG seeps are variable in size, physical expression, faunal composition, ecological maturity, and geochemical signature.  Initial petrographic observations of these localities have revealed the presence of typical hydrocarbon seep components, including clotted microbial and detrital micrite, pyritic corrosion surfaces, peloids, and/or foraminifers, as well as fibrous, yellow, and sparry calcite.  Many of the localities have prolific faunal assemblages including bivalves (Buchia), brachiopods (Peregrinella whitneyi), tube worms, and gastropods (Lithomphalus enderlini), all of which are recognized as common hydrocarbon seep constituents.  Additionally, preliminary carbon and oxygen isotope values fall into the known range for hydrocarbon seeps found within the GVG and worldwide.

Preliminary field and laboratory analyses indicate a high degree of heterogeneity between both the physical extent of the limestones and the fossils within them.  Therefore, this study will address spatial and temporal patterns in the paleoecological structure of the GVG hydrocarbon seep communities, testing the hypothesis that there are physical and/or chemical differences that can account for this heterogeneous paleoecological signature.  This project will address the physical and chemical variability within and between the GVG hydrocarbon seeps, as well as the physical and chemical variability through time.

The primary goal of this study is to document the paleoecological signatures of the fourteen hydrocarbon seep localities through field-based studies that combine paleoecological, sedimentological, geochemical, and taphonomic methodologies to describe the ecological framework that produced the heterogeneous signature.  Since initial work has indicated that the GVG the hydrocarbon seeps have a heterogeneous paleoecologic signature, they offer the opportunity to quantify this variability and ascertain the contributing factors.  These outcrops are atypical representatives of hydrocarbon seep limestone and thus, cumulatively investigating the life histories of these largely unstudied and uncharacterized outcrops represent the first opportunity to document the evolution and variability among the only known group of spatially and temporally linked hydrocarbon seeps and their associated faunal communities.  If spatial variability in seep communities is equal to their temporal variability, then seeps, past and present, represent an ecosystem in the marine realm unlike any other. 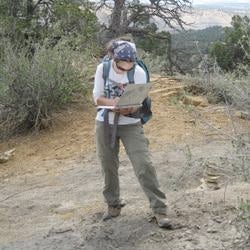 Lidya graduated from Amherst College in 2008. Her research interests include invertebrate paleontology, paleoecology, ichnology and taphonomy of the Neoproterozoic and early Paleozoic. 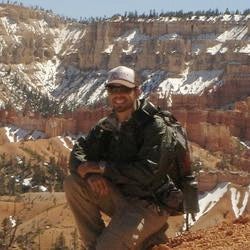 Aaron is currently working on his master's thesis looking at problematic structures preserved within the Ediacara Member of South Australia.  Members of the Ediacara biota represent Earth's earliest complex ecosystem and although the Ediacara biota occurs globally, one of the most diverse fossil assemblages is found within beds excavated in the Ediacara Member of the Rawnsley Quartzite in South Australia.  The high taphonomic grade of these fossils presents an exclusive opportunity to gain a greater understanding of the roles and diversity of constructional morphologies that existed during this critical period in Earth's history; however, prior collection methods have left many enigmatic fossils undescribed or misinterpreted.  In particular, tubular fossils representing a presently undescribed structural organization are the most prevalent element found within the Ediacaran assemblage yet these fossils have gone largely overlooked as a taxonomically diverse and abundant constructional morphology.  The lack of an accurate description of the vast majority of these enigmatic structures and an understanding of their taphonomic variants contributes largely to a deficiency in understanding the involvement of tubular organisms in the Ediacaran ecosystem.  The goal of his thesis work is to obtain a description for a currently undescribed tubular constructional morphology, understand the extent of its role in the Ediacaran ecosystem, and test the hypothesis that taphonomic variants of this newly described morphology is responsible for other problematic structures within strata of the Ediacara Member.

Droser Lab Alumni - Where are they now?

Diana Boyer is an assistant professor in the Earth Sciences Department of SUNY Oswego!

Seth Finnegan is a postdoctoral researcher at Stanford University! 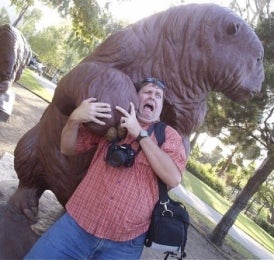 Bobby Gaines is an assistant professor in the Geology Department of Pomona College!

Let us help you with your search